Having just watched the opening episode of the latest series of BBC’s Top Gear, the main film celebrating the milestone 116th birthday of the iconic V8, I realised that the cars driven by Reid, Harris and Le Blanc, resonate with the last twelve months of my blog (to a certain extent), and I thought I should weigh in with a ‘family guy’s perspective’.

In the film they made, they competed with a Hennessey Mustang, an SVR F-Type and a 570GT. Each (obviously) thought their’s was the best V8 on offer, and since this time last year, I have tested and reviewed the baby brothers of the Mustang (the standard 5.0 V8), the F-Type (380PS V6) and the 570S from McLaren (which is outside until tomorrow when I have to give it back).

So having driven each relatively recently, where would my verdict go? First a short summary of each…

This is an incredible car. Five litres of muscle, all through the rear wheels, mod cons, four seats and a surprisingly large boot. Thirsty? Hell yes; but that noise from the exhausts? Heaven.

In a word: beauty. Simply one of the most beautiful cars that has ever been sat outside my house. From every angle, this car is stunning. The interior finish exquisite, and the drive and noise from the active exhaust is spine tingling – even from a V6 as opposed to a V8.

Dream car country here… the lines, the noise, the badge… you see Jaguars and Fords every day. A McLaren is special by definition. Without exception this is the car that has drawn the most looks, started the most conversations, and been snapped by passers by with their smartphones more than any other. It’s incredibly fast, handles like a dream and I don’t think I’ve been in a car for a week and not seen something else that I’ve thought: ‘Okay, you could beat me, but no-one else could.’ In this, I didn’t see anything all week that could have seen this car off.

So with a few challenges under their belt, what was the verdict of the trio from Top Gear? Naturally, they all thought they’d made the right decision. So I’m here to give mine.

The McLaren: a poster-pin-up car – I would have had this on my wall as a teenager; in reality I had a Lamborghini Countach, but it was a different decade (okay, century).

The Mustang: Quick, powerful, loud (my three-year-old daughter still compares all cars to the ‘loud blue one’) and surprisingly practical – four seats and a boot that managed a family trip to IKEA.

The F-Type: less seats, less cylinders, less power. Beautiful and a gorgeous noise, but ultimately slower than both rivals, and less practical than the Mustang. 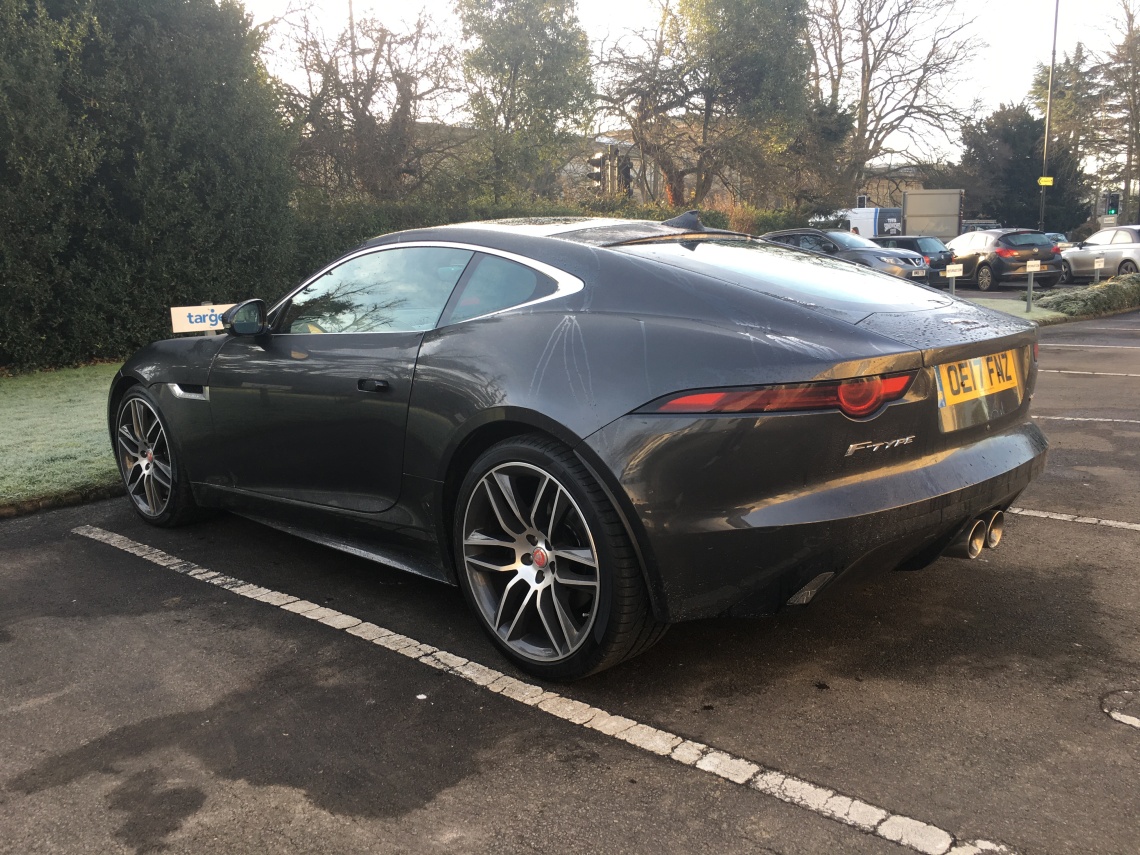 What would I choose? Reid and the Jag? Harris and the McLaren? Le Blanc and the Mustang?

I’d take the less powerful, impractical Jaguar over the more practical and more powerful Mustang and McLaren. Despite how much I loved them, they were each flawed in some slight way – nothing serious, and if I was given one of the others, I would not be sad or wistful; in fact the Mustang was an incredibly close second… don’t question me too much or I may change my mind…

But that Jaguar is a masterpiece. That’s why Im declaring for Team Reid.

My most sincere thanks to Spencer McPherson of http://www.stillmovingmedia.co.uk for the awesome photos of the Ford Mustang.

I am a husband and father of two. I'm a writer, PR person, hockey player, creative type and lover of wine, The Big Bang Theory and Top Gear / The Grand Tour. I hate grammatical errors, although I make them too. I live with my beautiful wife and kids in Gloucestershire, having grown up in rural North Devon. I discovered my love of writing some time after graduation, and have been working in PR and communications for more than 10 years. I've been reviewing cars for a number of magazines and websites since 2015 and still get ridiculously excited about a new car delivery, regardless of what it is! View all posts by tbaiken